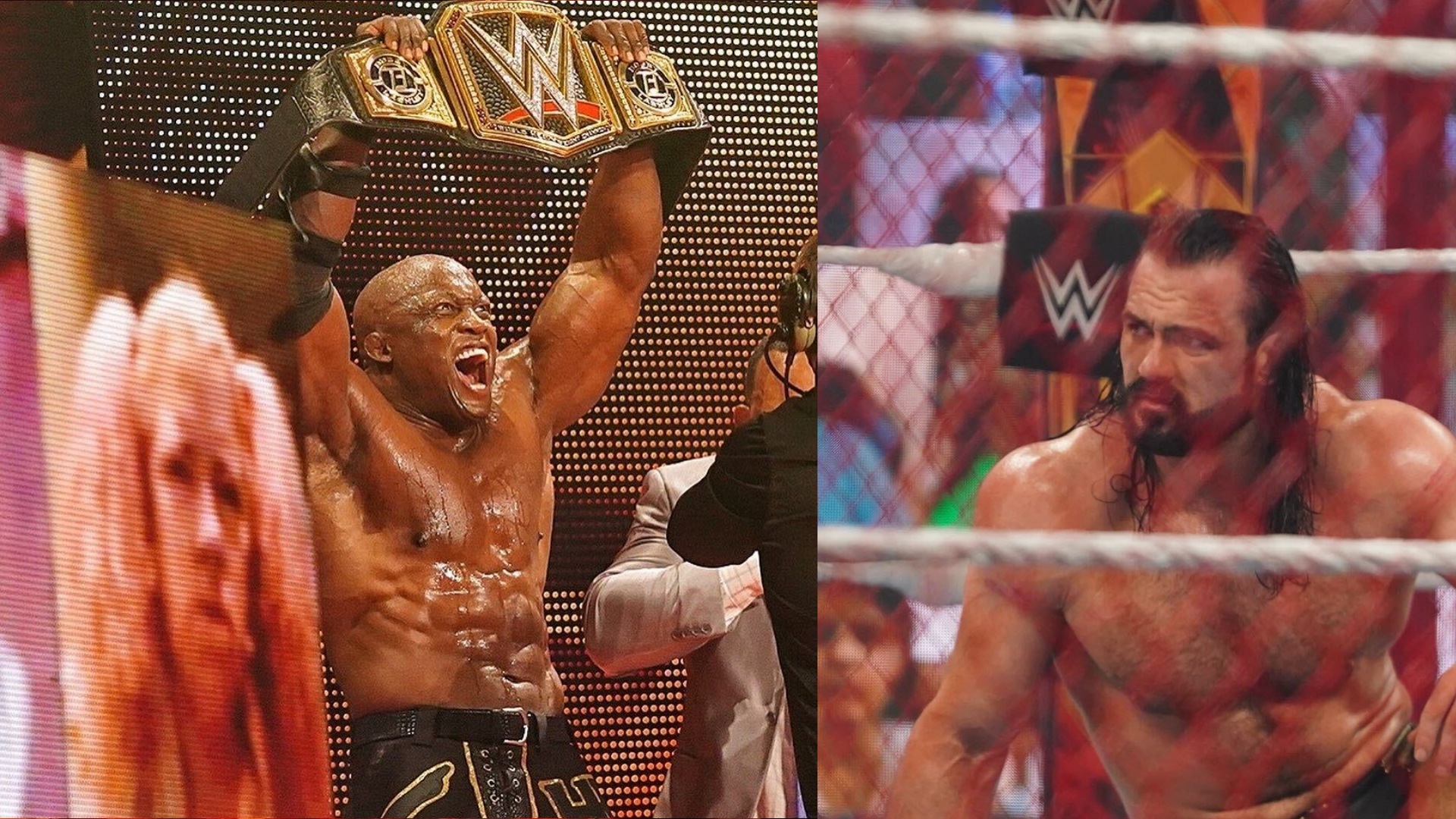 is being organized early this year by WWE and has also booked great matches to make the PPV tremendous. However, the fans have got a big shock, because Universal Champion Roman Reigns is not going to be a part of this PPV.

Earlier, WWE announced a match for the Universal Championship between Roman Reigns and Rey Mysterio for Hell in a Cell.  However, later WWE changed it and this match was made in SmackDown. There is very little chance that Roman Reigns will be seen in Hell in a Cell PPV.

Apart from these two main championships, matches are also going to be seen for the Raw Women’s Championship. Along with this, there will also be three tremendous singles matches, which can prove to be very good. No match has been announced for the pre-show yet, but WWE can announce it before the show.

Hell in a cell match card

3:- Bianca Blair vs Bailey Hell in a Cell Match for the SmackDown Women’s Championship

Hell in a sell results 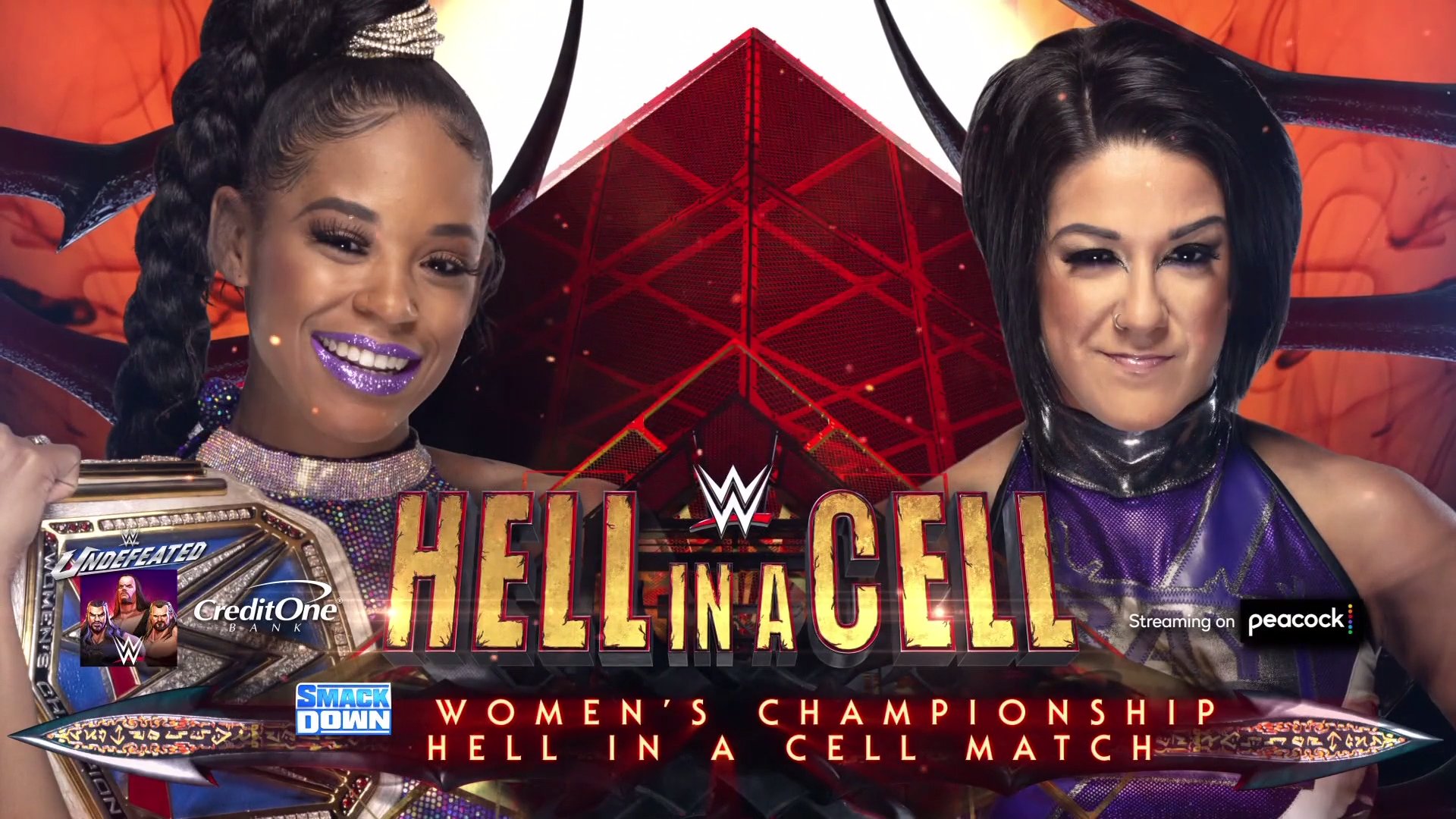 Blair hits it over the steps belly, but she moves away.  Bayley first hit Blair with a kendo stick and then gave him a sunset flip on the cage. On the kendo sticks that Bayley had set for Blair, Blair slammed Bailey. Bayley first attacked Blair’s hand and then targeted his hair.  Bailey misses her move and hits her leg.
Now Blair has got a chance to come back and she is doing bad things to Bayley. Blair has tied her hair by Bayley’s hand and is now slamming her on the cage. Bailey wants to leave the cell, but Blair is making her feel bad.  The same ladder and bailey in the hands of both the superstars took good advantage of it. Bianca Blair made a forceful move to Bayley on the ladder and then pinned it to retain her championship.
Winner: Bianca Blair

The rivalry between Cesaro and Seth Rollins is going on in WWE at this time so dangerous that even before the match started, the fight between the two superstars started. Eventually the match started and Cesaro dropped Rollins with a forceful move.

Soon Rollins returned to the match and now he is taking a beating on Cesaro.  Cesaro took advantage of the opportunity and gave a tremendous suplex to Rollins, but now Rollins throws Cesaro outside the ring. Rollins hit a flying knee, but Cesaro was kicked out.

Cesaro is trying to make a comeback through an upper-cut and has tightened his grip. Cesaro was about to make his move from the top rope, Rollins tried to stop.  However, in the end Cesaro was successful in his move. Rollins is currently attacking Cesaro’s hand.  Rollins does not understand what he has to do now to win this match.

Cesaro has now given Cesaro swing to Rollins and Rollins’ condition worsens.  Now Cesaro gave Rollins a sharp-shooter. Cesaro trapped Rollins in a now crossface submission, but Rollins managed to save himself. However, Cesaro once again gave a sharp-shooter. In the end, Seth Rollins showed finesse and pinned Cesaro to win the match.

NO TIME WASTED.@WWECesaro vs. @WWERollins is underway LIVE at #HIAC!

One swift uppercut can change the tide for @WWECesaro! #HIAC pic.twitter.com/Gl6GQyRWqw

NO TIME WASTED.@WWECesaro vs. @WWERollins is underway LIVE at #HIAC!

At the start of the match, Reginald distracted, which was taken advantage of by Shayna Baszler. Although Baszler is completely venting her anger on Bliss, Bliss doesn’t seem to mind and continues to annoy Baszler with a laugh. Both Reginald and Baszler avoid looking into Bliss’s eyes. Bliss counterattacked and made tremendous moves on Baszler. L Bliss has taken control of Naya and she slaps Reginald.  Baszler tries to make a submission move, but Bliss hits back. Bliss applied a twisted Bliss move from the top rope and pinned it to win the match.

Sami Zayn made a forceful move to Owens, but Owens was kicked out.  Owens goes to deliver the stunner, but Zayn counters it brilliantly. Owens gives Jane a stunner outside the ring.  Owens is in the ring. But Jane is still out and before the 10 count he enters the ring.  In the end, Sami Zayn made his finishing move to Kevin Owens with a helluva kick and pinned it to win the match. Sami Zayn defeated Kevin Owens after 4 years in a one on one match

The match between Charlotte Flair and Rhea Ripley for the Raw Women’s Championship has begun. Charlotte started dominating Ripley from the very beginning and she is not giving Ripley any chance.

Charlotte sends Ripley out of the ring with a forceful move. Charlotte Flair looks very angry.  Ripley did a counterattack, but Charlotte regained control. Charlotte tries to pin, but ends up with a kickout.  Charlotte is currently on the top rope, but Rhea Ripley stops her. Both the superstars are on the top rope together and Ripley gives Flair a superplex.

Ripley pinned, but was kicked out.  Ripley ripped off Flair and went to do it again, but Charlotte saved herself by ropes. Flair attacked Ripley’s feet using steel steps. Charlotte spears into the ring and is caught in a figure 4 leg lock.

The Hell in a Cell match for the WWE Championship has begun in the main event of the Hell in a Cell PPV. McIntyre dominated Lashley from the start of the match and attacked him with different weapons.

Just when it seemed that Lashley was in trouble, the MVP gave his stick to Lashley from outside and through this, Lashley’s counterattack was seen. McIntyre, however, soon made a comeback and slammed the champion on the steel steps. Drew has now taken out the table and now he is setting it.  McIntyre repeatedly and repeatedly hit Lashley on the cage.

The match is once again inside the ring and McIntyre traps the chair on the ropes.  McIntyre was about to move the chair from the top rope, but Lashley caught him in a heart lock. However, McIntyre retaliated with a spine buster and then a powerbomb.  McIntyre wanted to attack with steel steps, but Lashley used it against McIntyre.

Now Lashley regains control and passes the kendo stick to the MVP.  The MVP trapped the kendo stick from outside the ring in such a way that McIntyre could not move.  Lashley has put McIntyre in bad shape.  Lashley takes the support of the chair and puts a tremendous move on McIntyre.

Lashley is now hitting Drew with a kendo stick.  McIntyre stops Lashley and hits him with a steel chair.  Lashley pushes McIntyre over the referee.  McIntyre made a forceful move to Lashley, but he could not pin it because there was no referee in the ring.  Lashley tried to give a hart lock, but McIntyre gave it a suplex.

Lashley went to deliver the spear, but McIntyre saved himself.  McIntyre has now given DDT.  Drew is preparing Claymore’s key, but the MVP grabs his leg.  Bobby Lashley took advantage of this and won the match through rollup.  Drew McIntyre will not get another chance for the WWE Championship because of the MVP.

Simply doing whatever it takes. #HIAC

Q: How does one break the #HurtLock? #HIAC