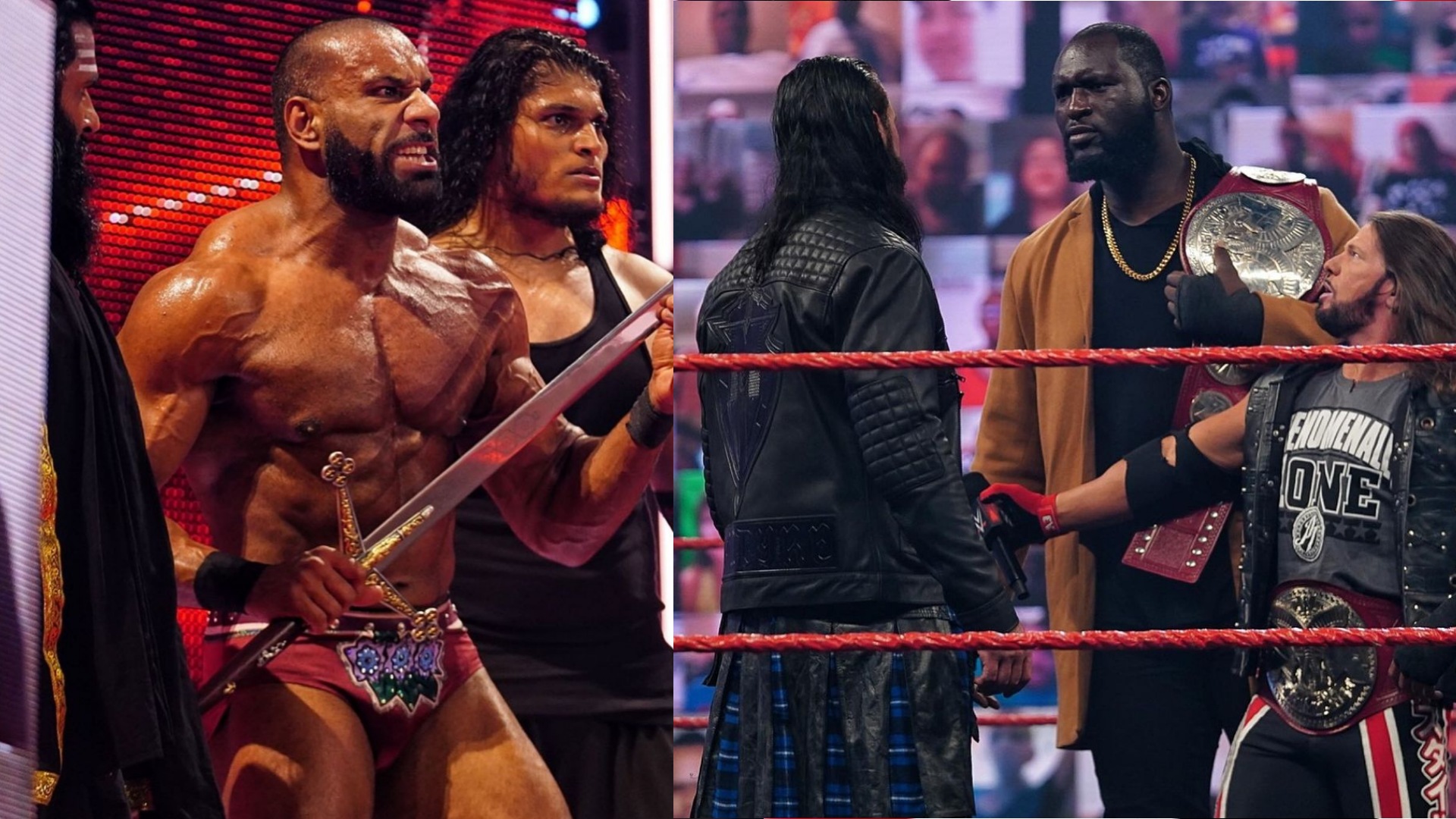 Another episode of WWE Raw has come to an end.  It wouldn’t be wrong to say that some of the episodes of the last week of Raw have been overwhelming.  This week has also seen many great matches and segments.  Let’s take a look at what happened on WWE Raw this week:

WWE Raw began with a special segment by The Miz and John Morrison on Miz TV.  In this segment, the superstars who participated in the Money in the Bank match were special guests.  First of all Drew McIntyre came out with his promo, then Ricochet entered and finally Riddle also appeared.  Riddle made his point from the top of the ladder.  Meanwhile, AJ Styles and Omos entered and expressed their displeasure over last week’s Raw.  Meanwhile, Omos dropped Riddle off the top of the ladder, while Styles also attacked Riddle’s injured leg.  After this, brawl was seen among the remaining superstars in the ring.

Last week too, there was a tremendous fight between these two superstars, but its result could not come out.  This week also Ricochet and John Morrison fought a great match, which saw many tremendous moves.  In the end both superstars were outside the ring, but where Morrison managed to get inside the ring.  Miz, on the other hand, blocked Ricochet’s way with the help of his wheelchair and he was counted out.

A backstage:- video was shown in which Jinder Mahal entered the arena on a bike and in the meantime Veer-Shanky greeted him.  Meanwhile, Mahal is asked about the match against Drew McIntyre and Mahal makes serious allegations against his former friend.  Mahal also said that he is much better than McIntyre and should have been in the MITB match. He will prove himself in the ring.

The 8 womens tag team match proved to be tremendous on Raw.  The 8 superstars involved in this match played their role brilliantly.  There was also a moment in the match when Shayna Baszler attacked Alexa Bliss in a dangerous way outside the ring.  In the end, Nia Jax hits a Samoan drop to Nikki Cross to register the win for her team.  After the match, Eva Marie just declared herself the winner, and this angered Nia Jacques-Shayna Baszler.  Meanwhile, DuDrop apologized to these two former champions.

Backstage:- WWE Champion Bobby Lashley and the MVP were interviewed, asking them about the changes to the main event.  Meanwhile, both these giants targeted their opponent.  He also claimed that he is going to make New Day very bad.

In the battle royal on Raw last week, Ali eliminated Mansoor and things are not looking right between the two.  This week saw a contest between the two superstars, which was not very long.  However, both of them did well in a short span of time and also appeared to be heavy on each other.  At the end of the match, Ali showed a lot of finesse and Mansoor got caught in it.  Taking advantage of this, Ali registered a shocking victory.

Jinder Mahal and Drew McIntyre saw a tremendous match on Raw, in which both the superstars gave a tough fight to each other.  While Jinder dominated in the beginning, Drew McIntyre soon made a strong comeback as well.  There was a moment in the match when Mahal gave McIntyre to the suplex above the announcers table.  In the end, McIntyre rebounded as he was preparing to deliver a Claymore kick to his finisher.  Meanwhile, Veer and Shanky attack McIntyre.  McIntyre attempted a fightback, but he fell behind the numbers game.  Mahal, Veer and Shanky make McIntyre’s condition worse.  Mahal also gave Drew relief.  After this, Mahal went with him with McIntyre’s sword.

At any second, he will send you ACROSS THE RING.#WWERaw @DMcIntyreWWE pic.twitter.com/j3TpxY0S11

The disqualification victory for @DMcIntyreWWE doesn’t mean anything to @JinderMahal…

Backstage:- the New Day was interviewed and asked about the match against Lashley-MVP.  The New Day also hyped their match well, and Kofi meanwhile claimed that he would succeed the new WWE Champion at MITB.

The tag team match on WWE Raw did not last long, and most of the time, the team of T-bar-Mass was seen to be outnumbered.  However, in the end, the Lucha House Party, surprising everyone, won through a roll-up.

Riddle again fought the match with an injured leg, and during this match, Styles completely targeted Riddle’s leg.  Riddle retaliated on several occasions in the match, but there was a time when Omos took advantage of the referee’s lack of attention and attacked Riddle’s leg.  The two superstars gave a great match, but the ending was definitely quite shocking.  The Viking Raiders came and distracted Omos and Styles.  Riddle took advantage of this and won via rollup.

Last week Charlotte was attacked by Rhea Ripley and this week Flair gave an update on her injury.  Charlotte entered the ring with Crutch and claimed that there was no one better than her.  Meanwhile, Rhea Ripley also entered the ring with the crutch and both the superstars dropped each other’s crutch in the ring.  Both tried to attack each other with a crutch, but in the end Ripley managed to send her opponent out of the ring.

Jackson Riker and R Truth vs Elias and Cedric Alexander

R-Truth got his eyes back on his #247Title baby and left his partner @JaxsonRykerWWE in the dust. #WWERaw pic.twitter.com/MzvvJI51ML

The New Day Vs. MVP and Bobby Lashley

The main event of WWE Raw saw a match between The New Day (Kofi Kingston and Xavier Woods) vs Bobby Lashley and the MVP.  Kofi Kingston, Xavier Woods, Bobby Lashley and the MVP impressed and fought a formidable match in the main event.  In this match both the teams had chances to win, but in the meantime many kickouts were seen.  Meanwhile, Lashley delivers a spinebuster to Kofi, but Xavier saves his team.  Lashley first sent Woods out and then tagged the MVP.  Kofi attacked Lashley in the ring, then Woods also attacked Lashley outside the ring.  In the end, Kofi posted his finisher MVP to register the victory for his team. The New Day

With this the episode of WWE Raw came to an end.